While Atlantic TNG can trace its roots back to the 1960s when the precast concrete industry emerged in North America, the current version of the company formed in 2010-2011 during the depths of the recession in an era of lagging construction, high unemployment and wariness by business and government to invest in infrastructure – or much of anything else.

But Megan Kitchner saw an opportunity and took a risk. The Great Recession started in 2007 and continued through 2009, but the precast concrete industry always lags behind the economy by a couple years. In 2011, the precast industry was still stagnant, and Atlantic Concrete considered shutting down its Florida division to focus on its plants in the Northeast.

A third generation precaster, Megan grew up learning the business from her father Tris Ditcher and grandfather Jack Ditcher and their many industry colleagues. She started working at Atlantic Concrete in 1991, building catalogs, then moved to the reception desk, then into sales.

When company founder Jack Ditcher died in 2010, it looked like the Florida plant would close.

“I had been in sales with Atlantic for about six years, so I knew a lot of the customers very well,” she says. “I went around and talked with the contractors, and got them to say, ‘Yes, we’ll buy from you.’ Even though it was a new company they said they would continue to support us.”

The name Atlantic Concrete was well-known by contractors around Sarasota, at the Florida DOT and in city engineering offices. Jack Ditcher was a groundbreaker in the precast concrete industry, known as an innovator and a leader in forging partnerships with suppliers and fostering relationships with precast companies throughout North America. His sons Tris and Scott built the company through its second generation and expanded on that legacy.

Like many precast family members, Megan grew up around the plant, and by 2011 when the opportunity arose, she grabbed it, keeping the Atlantic name, but adding her own unique twist to the company name: TNG, The Next Generation. It was a signal to the industry that the values that built the company would remain, but with a new generation planting its flag in the future.

“They taught me all about hard work and values,” Megan says of her family. “I come to work every day. Nothing is beneath me, and I don’t think anything should be beneath any of our team members. We do what we have to do to get the job done, and we try to do it with integrity and respect. We always try to lead with honesty and integrity, and that comes from my family values. The relationships that were built in the industry in the past are still some of the relationships that we have today, and together we all want to see each other succeed,” she says.

Ramping up the plant in the early days was difficult, Megan says. “For the first three years it was a hard struggle. But then the economy turned around and it worked.” With years of steady growth providing a solid foundation after a challenging start, the TNG culture is now in full swing at the plant. While the original values remain, there is a distinct new-generation culture that Megan says might look gritty and edgy on the surface but is as solid as precast concrete at its core.

What's in a name?

TNG, The Next Generation, is much more than an acronym describing the evolution of Atlantic Concrete into a new generation of ownership. It’s a culture that company owner/general manager Megan Kitchner and her team have built since 2011 when she acquired the company.

When I started the company, it hadn’t grown fully in my mind,” she says. “I thought it was a cool concept to be a third generation precaster, but now it has evolved into something more. It’s educating other people and getting prepared for what’s going to happen next. It’s more about succession planning and getting people in their right roles and making sure they are involved in the industry. I want our team members to think that it’s not just a job, but they are part of an industry.”

In a Precast Inc. magazine article on teamwork, Megan described part of the TNG philosophy: “As precasters, we work too hard to not at least get the satisfaction of being surrounded by good people having a common goal and getting along with one another,” Kitchner said. “Employees want to be part of something that they’re proud of. They want to be proud of where they work, and they want to be happy with their jobs. And when we have happier employees, those individuals are healthier and more productive. It’s a pretty simple equation.”

It’s also a culture of personal growth, Megan says. “We try to look at everyone at their growth level and what can we do to better them education-wise and promote them throughout the company. I never want to hire somebody and keep them at a certain level. I want them to continue to grow within our company and within our industry.”

That’s why TNG team members are heavily involved in industry education. As of 2022, the company had three Master Precasters, including Megan, with two more nearing completion and several in the earlier stages of the industry certification. TNG also supports participation of its team members on industry committees and working groups.

Plant manager Patrick O’Connor admits that when he joined TNG as a shipping manager, his goal was mainly to get a paycheck. But he was soon presented with the opportunity to learn and grow at TNG.

“I jumped in,” he says. “As soon as I started the education, I really got passionate about this. I earned my Master Precaster and all kinds of other certifications. I’m now an NPCA committee member, and all of that has changed my entire outlook, not only about the precast industry but about life.”

Our team proudly supports these community and national charities. 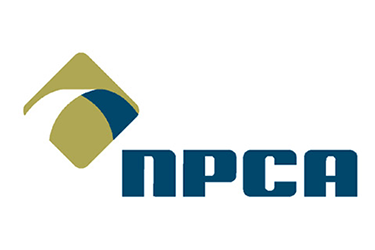 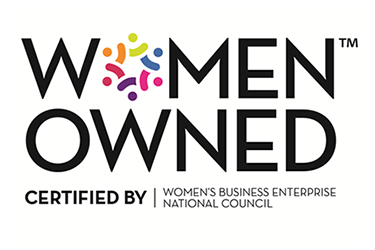